Afghans Struggle to Save Their Wounded 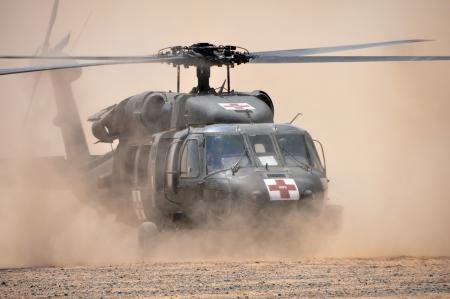 Starting in mid-2013 and going into 2014 ISAF started to refuse to fly almost all requests for MEDEVACs from the Afghan National Security Forces (ANSF). Whether this was the right or wrong thing to do depends on your perspective and the circumstances of each individual incident. Certainly if you were the Afghan soldier who bled to death on the battlefield while you looked up and saw helicopters flying overhead it sucked. If you were the team leader of a Security Force Assistance Advisory Team (SFAAT) supporting an infantry kandak or a Special Forces ODA team leader advising the Afghan Local Police and your higher headquarters denied a request from you for a MEDEVAC you were put in a bad situation; especially as the Afghan died in front of you. If you were at a higher level within ISAF attempting to get the Afghans to use their own MEDEVAC capability then you were "doing the right thing" in forcing the Afghans to use their ground ambulances and their very basic field hospitals. But the bottom line is the Afghans, "our allies", were bleeding to death on the battlefield and dying in Afghan hospitals because of lack of medicine, qualified doctors, field hospitals, corruption . . . and an ISAF refusal to fly MEDEVACs.

While ISAF would tell you that things have gotten a lot better (in terms of ANSF capability to provide medical evacuation from the battlefield and hospital care), others would tell you a different story. Read more in "Special Report: Left to fight alone, Afghanistan battles to save wounded", Reuters, November 5, 2014.
Posted by Afghan War Blog at 3:30 AM