"A Closer Look: The Turning Point" 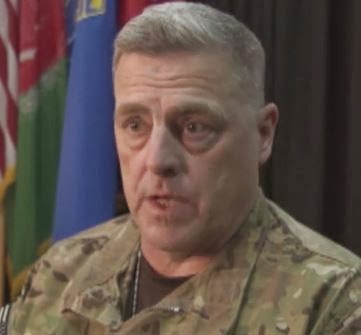 LTG Mark Milley, command of the ISAF Joint Command (IJC), is interviewed by Gail McCabe about Afghanistan. In this 16 minute-long video posted on YouTube on January 23, 2014 the general talks about a wide spectrum of topics about the Afghan War. Milley says that the ANSF achieved tactical overwatch against the Taliban this past (2013) fighting season but have much work to do at the ministry level in C2, training, combined arms integration, and logistics. He compares 2002 Afghanistan with 2014 Afghanistan and says there has been vast improvement in government institutions, medicine, education, and women's rights. He sees the greatest threats to Afghanistan in two forms. The first is the psychological uncertainly (in the absence of a Bilateral Security Agreement, NATO SOFA, and the Afghan elections) and the armed threat by the Enemies of Afghanistan (I guess we don't call them insurgents anymore!). He states that the ISAF mission has transitioned from combat operations to the use of advisors in Security Force Assistance or SFA. The interview is a a good overall picture of the current situation (with a tinge of optimism).
To view "A Closer Look: The Turning Point" click on the link below:
www.youtube.com/watch?v=M_cUSG4aFX8
Posted by Afghan War Blog at 1:30 AM